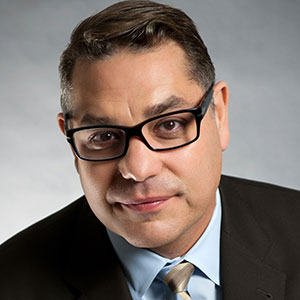 Mike Gabrawy, Arclight Films’ Chief Creative Officer, got his start in the entertainment industry in the early 1990s working in various roles in feature film production.

Before coming to Arclight Films, Gabrawy was responsible for acquiring and developing the Sony PlayStation game RESIDENT EVIL via his production and development position at Constantin Films. The film went on to become Sony ScreenGems’ highest grossing film in 2002. It has gone on to become one of the most successful franchises of all time earning over a billion dollars worldwide. The franchise is now second only to SPIDERMAN for Sony.

During his tenure at Constantin he developed several projects based on comic book classics including FANTASTIC FOUR and SILVER SURFER. Before these commercial milestones, Gabrawy moved through the ranks of production gaining invaluable experience and forging strong industry relationships in various posts on major releases such as NAKED GUN 33 1/3, A LITTLE PRINCESS, STARGATE, WATERWORLD and INDEPENDENCE DAY.

Gabrawy left Constantin in the early 2000’s and went on to produce numerous independent films including STEALING TIME starring Ethan Embry and Jennifer Garner and the award-winning doc RUNNING WITH ARNOLD before joining Arclight Films in 2008 to ramp up Arclight’s involvement in the rapidly growing international co-production world. His vast knowledge of the industry and hands-on experience in film production and development has been vital to the company’s growth and success in providing an expert who, at the same time, speaks the language of the filmmaker and understands what it takes to finance and sell a film.

Gabrawy has maintained his position as an independent producer, executive producer and consultant on a myriad of other projects along the way.

Since joining Arclight, he has produced numerous films including THE COURIER directed by Academy Award Nominee Hany Abu-Assad, BAIT 3D which premiered at the 2012 Venice Film Festival and went on to become the highest grossing independent film in China when it was released, RECLAIM starring John Cusack and Ryan Phillippe and OUTCAST starring Nicolas Cage and Hayden Christensen.

Seen as the authority on international co-productions, Gabrawy is frequently invited to be a guest speaker on production and finance panels around world including the Cannes Film Festival, Toronto International Film Festival, the American Film Market, Screen Singapore as well as several Chinese film festivals and markets.