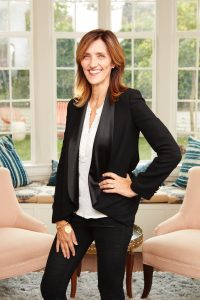 In the newly created role of EVP, Content and Platform Strategy for Participant, Liesl Copland works in tandem with the company’s content teams throughout development and production, advising on and targeting optimal strategic options for all properties, including overseeing all sales. Her appointment comes as Participant continues the evolution of its approach in bringing the highest quality film and television content to the widest possible audience in today’s rapidly changing distribution landscape, serving as the foundation for the company’s impact efforts addressing today’s most vital issues.

Liesl Copland was born and raised in Northern California. Before joining Participant, Liesl was a Partner and EVP at Endeavor Content where she ran the Non-Scripted Advisory practice, overseeing feature documentaries and premium non-fiction series and providing strategic advice to the studio’s growing production partners. A 20-year entertainment industry veteran, Copland has worked in the specialty film sector for most of her career with the goal of democratizing distribution for unique, independently produced projects. During her twelve years with the Endeavor suite of companies Liesl focused the emerging digital distribution space as part of her corporate advisory work, ran the film sales practice and consulted numerous startups always with an eye to the changing media landscape.

Prior to joining Endeavor in 2008, Liesl acted as the Head of Red Envelope Entertainment, the former original content division of Netflix, where she oversaw the acquisition, marketing and distribution of close to 100 films a year during their three years in existence. She developed a reputation for successfully forging innovative partnerships with studios and mini-majors, boutique distribution labels and more non-traditional, new media-focused outlets. Her previous entertainment industry experience includes time at New York based Cinetic Media, years as an independent producer as well as posts at the Tribeca Film Festival and IFP.

Across her entire career, Liesl has built in a double bottom line approach to her practice and has a deeper focus on social justice reform and impact focused content. She serves on the Board of Represent Justice, the advisory board of SommTV and is a graduate of the University of California, Berkeley with degrees in both English Literature and Art History. Liesl lives in Los Angeles with her husband, two children and their rescue mutt, Starsky.