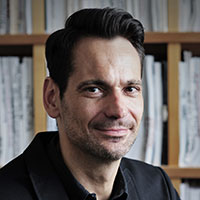 Ulf serves as Managing Director of Senator Film, the production wing of the Wild Bunch Group. Wild Bunch is a vertically integrated mini studio and operates production, distribution and sales units in France, Germany, Spain, Italy, UK and the States.

Current English language feature projects in pre-production or development include e.g. LONESOME TONGHT, which tells the extraordinary love story of Priscilla and Elvis Presley, to be directed by Daniel Barnz (Cake); the adaptations of Japanese novel THE THIEF by Fuminori Nakamura, with an American A list director attached and set up at a major US Studio or B.A. Paris’ New York Times best seller BEHIND CLOSED DOORS, to be directed by Robert Schwentke (Divergent series, RED, Time Traveller’s Wife).

Before joining Senator, Ulf has headed production entity 3L Filmproduktion for five years, producing films such as Julie Delpy’s breakout hit 2 DAYS IN PARIS, which crossed 20m worldwide on a 1m production budget; or Paul Schrader’s ADAM RESURRECTED starring Jeff Goldblum, Willem Dafoe and Aylet Zurer, which played at festivals around the globe, among them Toronto and Berlin. He started his career as executive assistant to Stefan Arndt at Berlin based X Filme Creative Pool where he was substantially involved in building the company from a boutique with a personal of four to a leading production and distribution powerhouse with global resonance and 50+ employees. During his year at X Filme, Ulf was involved in films like RUN LOLA RUN, GOODBYE LENIN or HEAVEN starring Cate Blanchett.

Ulf Israel is a graduate of the Berlin University of the Arts with a master degree in communications.