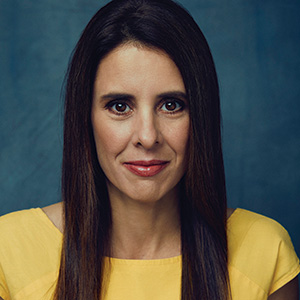 Tatiana Siegel rejoined The Hollywood Reporter as a film reporter in June 2012 and was promoted to senior film writer in November 2014. She previously worked at the magazine from 2003-07. During her first stint at THR, Ms. Siegel also offered showbiz analysis on the weekly TV series Starz The Hollywood Reporter.

Before returning to THR, she covered the film business for Variety from 2007-12. Additionally, Ms. Siegel has appeared on ABC’s Good Morning America, NPR’s All Things Considered, CNN, CNBC, Fox News, MTV and E! as an industry expert.

Before entering the Hollywood fray, she worked as an editor and reporter for several publications including the New York Daily News, the Providence Phoenix and the Boston Globe. She began her journalism career as a sports reporter at the Providence Journal.

Ms. Siegel also has written extensively as a freelancer for such newspapers and magazines as USA Today, Emmy Magazine, the San Francisco Chronicle and The Nation. She has been nominated for several Southern California Journalism Awards including for the cover story "Revenge of the Over-40 Actress" in the feature/commentary over 1,000 words category.