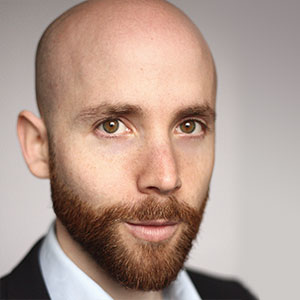 Simon Gillis is Chief Operating Officer of the film division at See-Saw Films, the international film and TV production company whose past productions include The King’s Speech, Lion, Widows and ‘Top of the Lake’.

Simon joined See-Saw as Head of Commercial Affairs in 2016, from Universal Pictures, where he served most recently as Vice President of Acquisition & Production, Business & Legal Affairs. Prior to Universal, Simon was a Senior Lawyer in the Original Programming group at The Walt Disney Company and before that Commercial, Business & Legal Affairs Manager at BBC Films, the feature film arm of the BBC.

Simon qualified as a lawyer at leading London entertainment practice Olswang in 2007, having studied law at the University of Cambridge. Simon is a member of the British Screen Advisory Committee. A former professional magician, Simon is also a member of the Magic Circle.