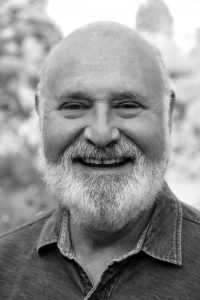 Rob Reiner first came to fame as a two-time Emmy Award winning actor on the landmark television series “All In the Family”. He went on to become an acclaimed director of some of the most popular and influential motion pictures. His work ranges from the satire This Is Spinal Tap to dramas like Stand By Me, Misery, A Few Good Men, and Ghosts of Mississippi to romantic comedies like When Harry Met Sally, and The American President, to the enduring classic, The Princess Bride. His now 20 films also include The Bucket List, Flipped, LBJ starring Woody Harrelson and most recently Shock and Awe, about the run up to the war in Iraq, which stars Woody Harrelson, Tommy Lee Jones, Jessica Biel, James Marsden, and Reiner himself.

Reiner is also a dedicated political activist. In 1998 he passed a tobacco tax initiative in California to fund early childhood development. Then for seven years he chaired California’s First Five Commission to oversee the implementation of the initiative. In 2003 he led the effort to save Ahmanson Ranch from an environmentally harmful development in the Santa Monica Mountains. In 2008 he and his wife Michele helped form The American Foundation for Equal Rights, which filed a federal lawsuit to overturn California’s Prop 8. Their victory at the Supreme Court paved the way for marriage equality nationwide.

Recently he and his wife, Michele, along with Matthew George, led a team that raised $175 million to re-launch Castle Rock which currently has multiple projects in development.