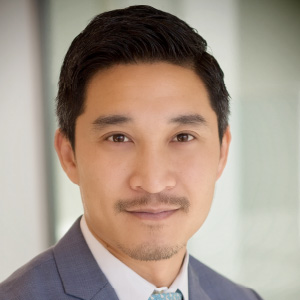 Peter Trinh is an agent (Managing Director) in the international and independent film group of ICM Partners, a talent and literary agency representing clients in the fields of motion pictures, television, publishing, music, theater, corporate branding, gaming and digital media. In his role at ICM Partners, Mr. Trinh, in addition to being on teams for various clients throughout the agency, focuses on packaging creative and financial elements to films and negotiating the distribution deals them. He has worked on some of the most praised films of the various global festivals such as Sundance, Cannes and Toronto. Some of the noteworthy titles he has been involved in include, Samuel Maoz’s award-winning film FOXTROT, Joseph Kahn’s audience pleasing Eminem produced battle rap satire BODIED, Sean Baker’s award-winning film THE FLORIDA PROJECT, Karyn Kusama’s crime thriller DESTROYER, Guy Nattiv’s critically acclaimed film SKIN, The Daniels’ SWISS ARMY MAN, Eleanor Coppola’s film PARIS CAN WAIT, Joseph Cedar’s film NORMAN and John Woo’s upcoming English language reboot of THE KILLER starring Lupita Nyong’o.

In 2018, ICM Partners announced a joint venture with Esports focused Evolved Talent Agency. The rapidly growing Esports and digital influencer area are areas of focus as the agency continues to widen its footprint across all areas of the entertainment business. Mr. Trinh manages the day to day operations of that partnership and department.

He was named by Variety as one of “Hollywood’s New Leaders” in 2012, Fade In Magazine’s “The Top 100 People in Hollywood You Need to Know 2013” and Billboard’s Digital Power Players in 2018.