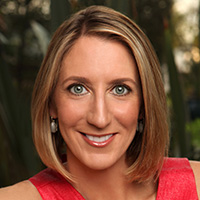 Mimi Steinbauer launched Radiant Films International to bring quality commercial films to the worldwide marketplace. With more than 20 years experience in the film industry, Steinbauer brings knowledge and passion to the films that Radiant finances and/or sells.

Steinbauer was previously Vice President of Distribution at New Line Cinema, Sales and Distribution Consultant for Voltage Pictures, President of International Sales and Distribution at Franchise Pictures, and Head of International Television at Trimark Pictures. Over the course of her career, Steinbauer has been key in securing financing and/or selling more than 500 films including THE LORD OF THE RINGS trilogy, THE HURT LOCKER, THE MATRIX, RUSH HOUR 2, THE NOTEBOOK and THREE KINGS.

Steinbauer, who began her career as an Assistant Director in Austria, has a Masters degree in Film Producing from the Peter Stark Program at USC, as well as a Masters in Alternative Dispute Resolution and International Peacekeeping from Pepperdine School of Law. She has served as a teaching assistant at the Harvard Program on Negotiation and is a certified yoga instructor. She currently serves on the Board of Directors of the International Film and Television Alliance.