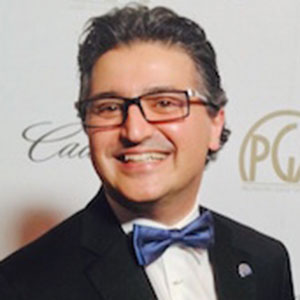 Since June 2018, Mashayekh serves as Co-Chairman of the International Committee for the Producers Guild of America. In that capacity, he is proactive in globally branding the World's largest trade organization of Film, TV, and Multi-Media producers with a membership of over 8300. With affiliates in 17 different countries, he is a frequent moderator at global film festivals creating multiple panels, workshops, networking opportunities and other events.

Attorney turned filmmaker, Kayvan Mashayekh, began his career by writing, producing and directing an epic feature film called, "The Keeper: The Legend of Omar Khayyam," in 2005. Shot in five cities and three continents in a remarkable 37 days of actual filming (primarily in Bukhara and Samarkand, Uzbekistan), the independently financed, non-studio backed film went on to have its World Premiere at the Moscow Film Festival. The film commenced its theatrical run platforming in movie theaters across the US beginning in June 2005. It ended up playing in 14 US cities on the art house circuit for nearly one year. In addition to its Box Office success as a single print release, the film raised over $180,000 in non-profit screenings for Children's and Cancer Charities in Houston, New York and London, England. Mashayekh's follow-up project, "Batting for Palestine," was the winner of the Relativity Media Special Prize of $25,000 at the 2007 Middle East International Film Festival in Abu Dhabi, where he caught the attention of legendary two time Oscar winning producer, Branko Lustig (Gladiator/Schindler's List). Shortly thereafter, he began an apprenticeship under Mr. Lustig developing a slate of studio grade projects internationally. As a result of the wealth of experience he gained working with Mr. Lustig for a few years, Mashayekh focused his efforts in helping other independent filmmakers around the world bring their projects to fruition as a consultant.