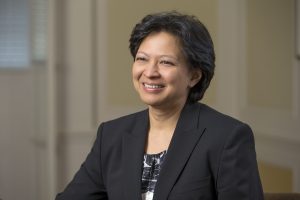 Judith is an Executive Director in the Media Banking Office at Coutts & Co, a leading private bank with a specialist media division involved in all areas of the media and creative industries including film, television, music, theatre, arts, games, advertising, marketing services, publishing, tech and fashion.  She heads up its business development for the team, originating new business, developing new products and specialises in structuring film and television debt transactions.  Judith has over twenty-five years’ experience in media financing, starting her career at an investment bank in Los Angeles where she spearheaded the Bank’s involvement with the independent film and television sectors, followed by Ingenious Media where she managed three equity funds principally investing in film and television content, and over 15 years with the Media team at Coutts.

Judith is currently a Trustee of Film London, The National Film and Television School Foundation, The Resilient Foundation and a Development Board member of the National Youth Theatre.