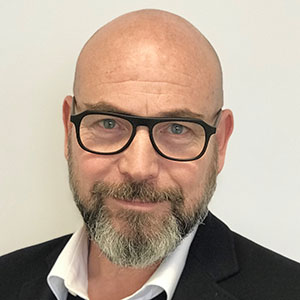 Al Munteanu has been active in the international media industry for over twenty-five years, working across the film, TV and radio sectors. Before founding SquareOne Entertainment in 2002, Al was a member of the board of directors of New Legend Media AG. Under his leadership, New Legend Media developed, financed and co-produced numerous feature films.

From the beginnings of his career as a radio producer and host, establishing the radio syndication model in Germany, Al embarked on a career in television in 1987 as a producer and presenter for Music Box, MTV Europe in London, Tele 5 and for RTL Television. In 1994 Al was awarded the MEDIA 95 EAVE Programme Diploma for Young Producers. He has since worked as a producer on over twenty-five feature films and series. Subsequently expanding into distribution of films and series, Al’s entrepreneurial skill has served to position SquareOne Entertainment as one of the foremost production and distribution companies in the industry.